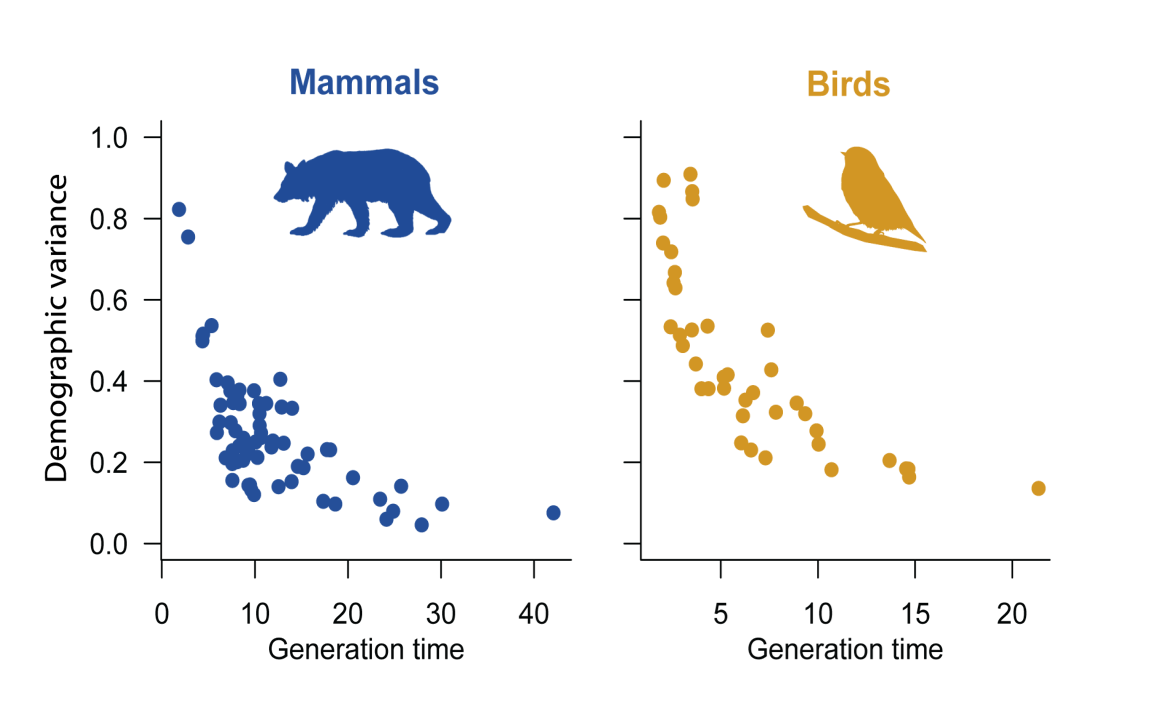 We then considered the temporal correlation in the stochastic population dynamics, which arise because of short-term fluctuations in the demographic structure.  For each matrix model we estimated the autocorrelation function, which describes the degree to which two population growth increments tend to be similar for different time steps. This function is different for each model, and represents a signature of the life history and demographic stochasticity (see examples in Figure 2).  A main result from our study is that the sum of these correlations over time lags describes the impact of population structure on the demographic variance. 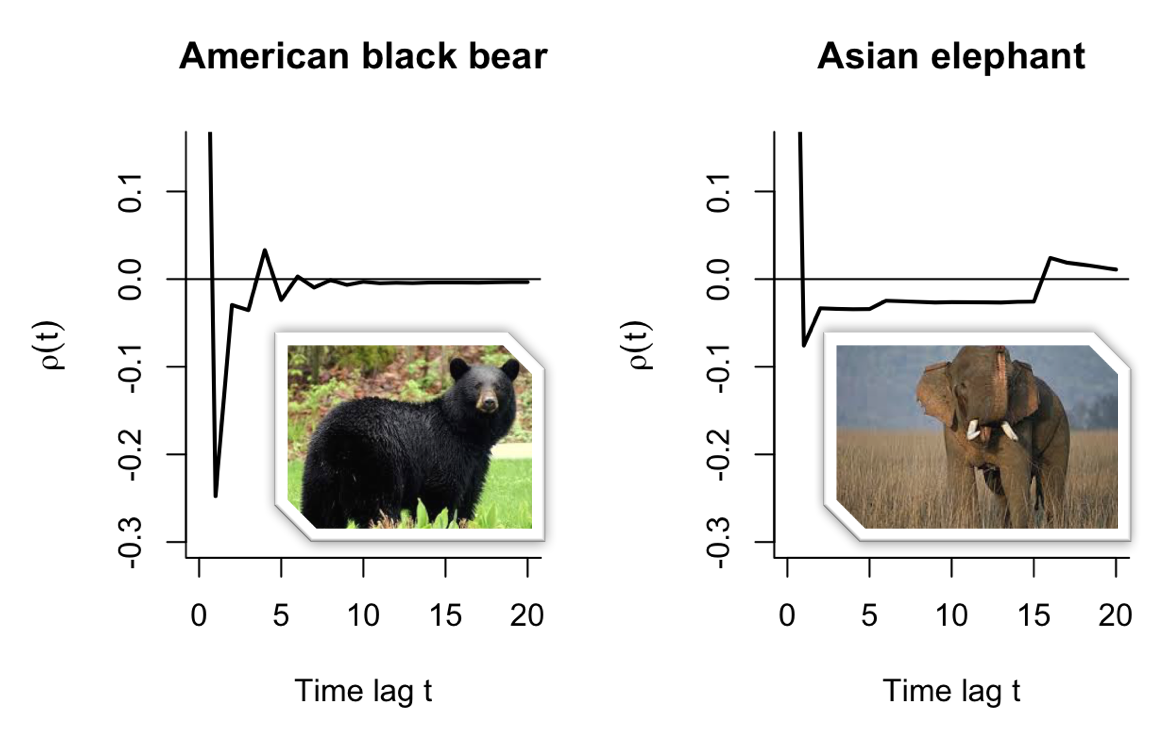 Figure 2. Autocorrelation functions for two of the mammal population models used in the study – a signature of the life history.  The sum of this function describes the impact of the demographic structure on demographic variance (which can be positive or negative, depending on the structure).

Thanks to COMADRE, we were able to demonstrate this result using the matrix models of different mammals.  Future research may also consider applications to other taxa (e.g. birds, as in the Figure 1) and other kinds of life histories. Yngvild Vindenes Science committee member of COMPADRE & COMADRE Reference: Vindenes, Y. and Engen, S. In press. Demographic stochasticity and temporal autocorrelation in the dynamics of structured populations. Oikos DOI: 10.111/0ik.03858