One of the biggest hurdles in conserving endangered species is that most of the time, we know very little about them. Often managers would not know how many individuals currently exist for a given species, let alone more detailed biological information such as how long individuals live, how frequently they reproduce, or how well the young survive. Fortunately, this is precisely the kind of data that is being made publicly available in COMPADRE & COMADRE for over thousands plant and animal species worldwide. As recently noted in an article in Frontiers in Ecology and the Environment, such demographic data can be used to help manage threatened species. One way to do this is through population viability analysis (PVA), in which we build demographic models to project a population’s future trajectory. By making some simplifying assumptions, we can use these models to assess extinction risk and to compare the relative impacts of different management options. 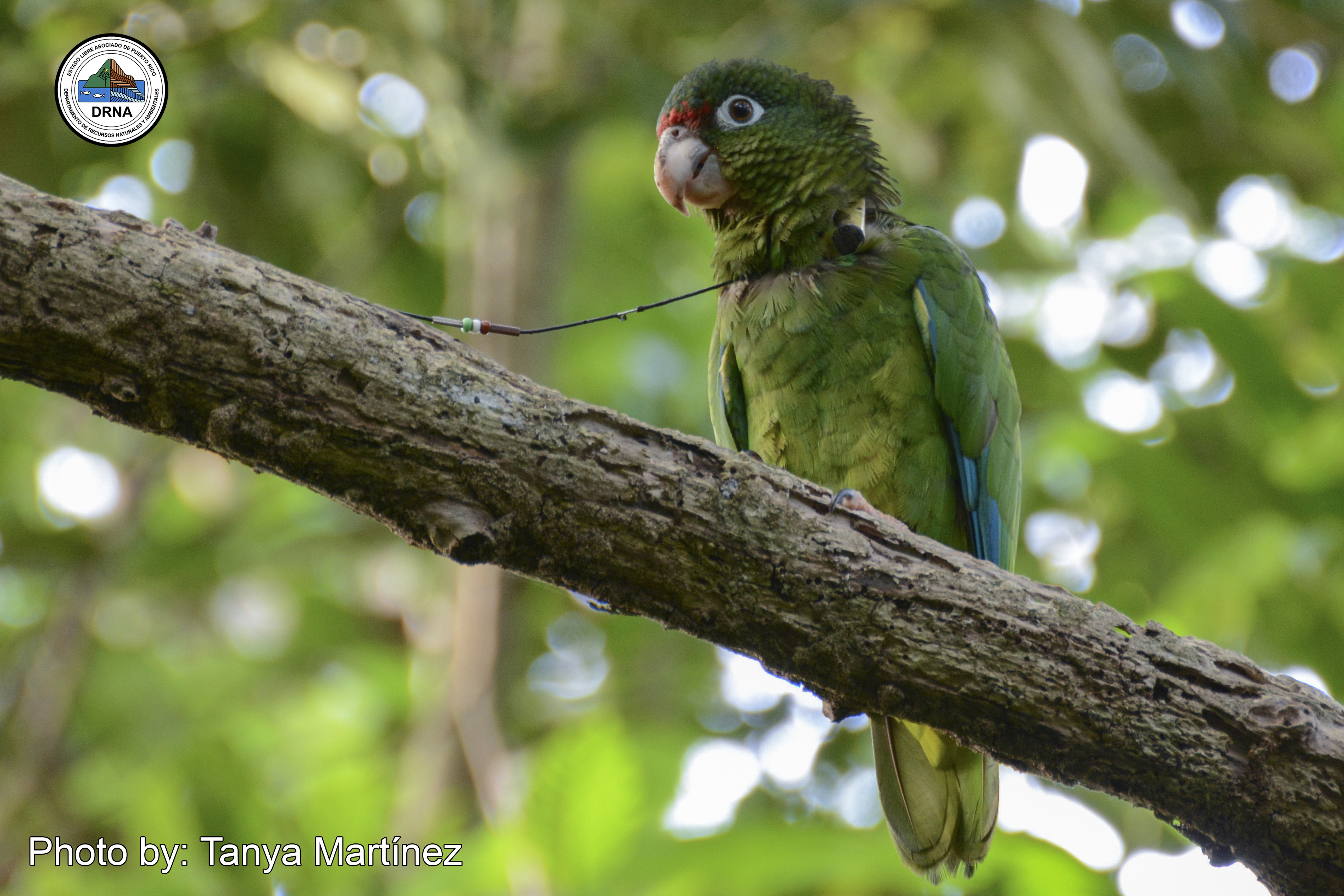 A marked adult of the endangered Puerto Rican parrot Amazona vittata. This species is a target for conservation efforts based on models using demographic information. Credit: Tanya Martínez (tanyamariemartinez@gmail.com).

As a research scientist at Lincoln Park Zoo in Chicago, I am working to facilitate and conduct population viability analyses (PVAs, for short) to help managers make science-based decisions. Although our team focuses mostly on PVAs for zoo animal populations, we also work with wild populations and recovery programs for endangered species. An example is the critically endangered Puerto Rican parrot (Amazona vittata), for which we have modeled the dynamics of the captive breeding population in aviaries managed by the U.S. Fish and Wildlife Service (Earnhard et al. 2014). The goals of this PVA included assessing the demographic and genetic status of the population, and comparing different release strategies in order to maximize the number of releases to the wild while also maintaining a viable aviary population. The results from this analysis have helped to shape management actions for this species, for example releasing young individuals rather than adults. We are now updating this analysis to include new demographic information that have been collected since 2012, and to determine the number of releases that can be sustained under the population’s current breeding rate. With the creation of more large databases such as COMPADRE & COMADRE, we may find that there is more known about the biology of endangered species than we first thought. However, just because the data and tools are available doesn’t mean they will be used. There is still a lot of work to be done in terms of applying and translating the science to help managers make the best, informed decisions for conservation. Dr Judy Che-Castaldo Research Scientist at Lincoln Park Zoo, Chicago Core committee member of the COMPADRE & COMADRE databases   Citations and more resources Earnhardt, Joanne, Jafet Vélez‐Valentín, Ricardo Valentin, Sarah Long, Colleen Lynch, and Kate Schowe. “The Puerto Rican Parrot Reintroduction Program: Sustainable Management of the Aviary Population.” Zoo Biology 33(2): 89–98. DOI:10.1002/zoo.21109. Miner Murray, Meghan. 2017. Zoo data may help bolster wild populations. Frontiers in Ecology and the Environment. DOI: 10.1002/fee.1453 Lincoln Park Zoo. Population Viability Analyses for zoo populations. URL